To vote you need to know the issues and you need to be sure you meet the deadlines for registration and casting of ballots.  Below is an image of the elections calendar from the Louisiana website (www.sos.la.gov). 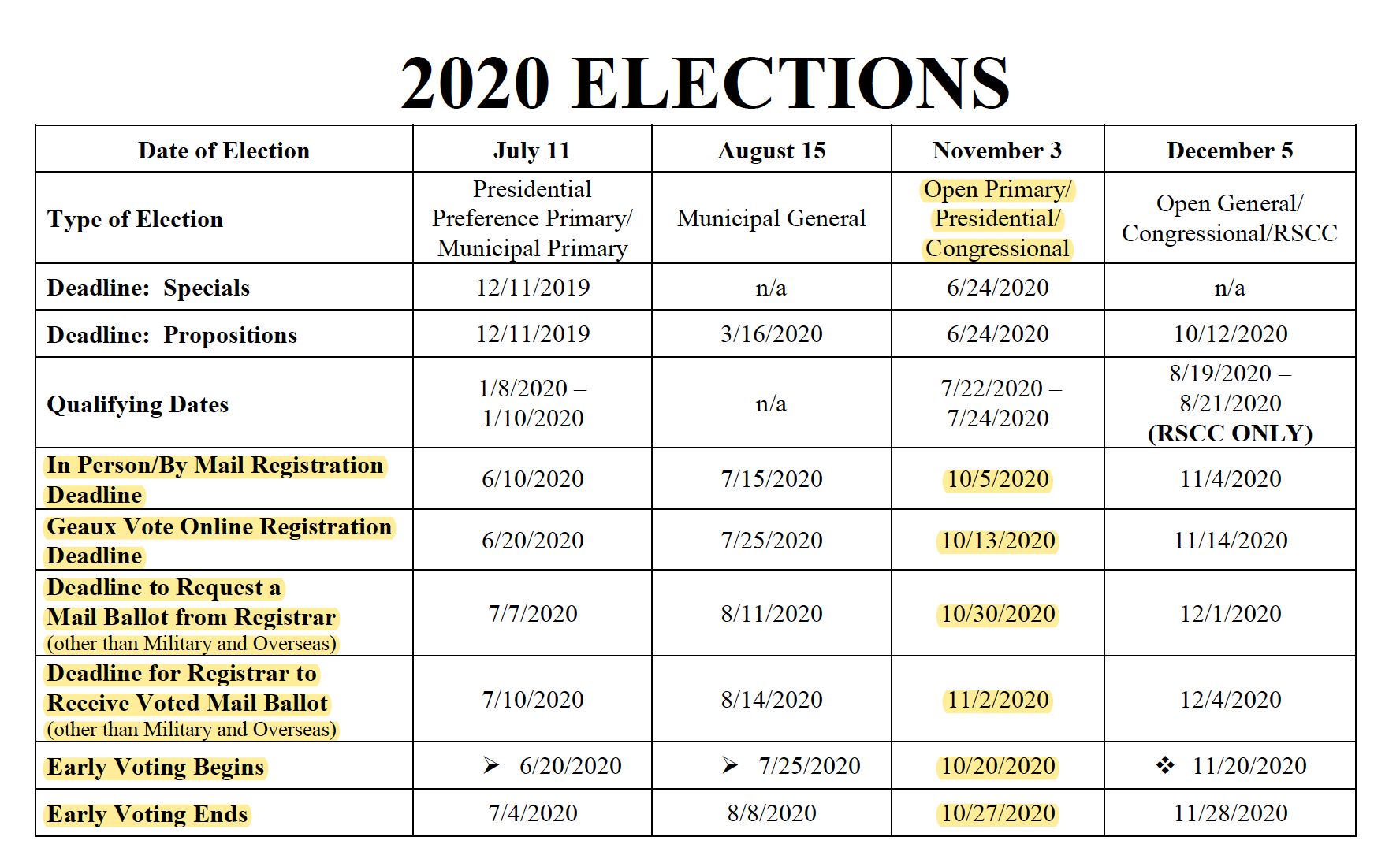 Truth forever on the Scaffold?

Do you ever get the feeling that conservatives are continually being out maneuvered in the political and social arenas?  Why are conservatives always on the defensive?  Why do people always say to conservatives, you have to pick you battles so you do not spread your resources too thin?

It seems the more appropiate approach would be to create initiatives that require reactions by the left and make them defend their positions.

In that vane, I applaud the recent action by President Trump.  President Trump has issued an executive order to the administration that "Critical Race Theory Classes" will not longer be funded.  Too often "training" in the federal bureaucracy is a means for activists within the government to install concepts and policies in the organization that do not reflect the views of the American People nor the current administration.  A program left over from the Obama administration lives on, challenging and condemning the views of ordinary employees and establishing new norms and promotion criteria.  Failure of conservatives to actively support this executive order by President Trump is truly unacceptable.  Be sure you let your congressmen know!

Attached is a video from the Tucker Carlson show which will give you some background and may indeed have been the reason that President acted at this time.

Do you know the history of the United States?

There are forces at work in our country to rewrite American History  and force their version into our school system.  It's been happening for years, but is getting a push through the Common Core Actvist and revised Curriculum.  Do you know what your children are being taught in your school?  You might want to find out.  Book excerpts from Silent Spring by Rachel Carson are being taught as if there is no controversy in her methodology nor that parts of the book are fictional.  Again and again the curriculum is being shifted to obscure facts and present opinions, especially those of the left, as undisputed truths.  In this video, BobWoodson speaks with Eric Metaxas describing his program to stop the misinformation contained in the "1699 Project" being pushed by the New York Times and others from becoming an "undisputed truth".

We have 111 guests and no members online